Earlier today (Tue 7th June 2022), Cyclist.ie made a submission to Transport Infrastructure Ireland (TII) in regard to the development of the National Cycle Network.

The National Cycle Network (NCN) aims to link towns, cities and destinations across Ireland with a safe, connected and inviting cycle network; encouraging more people away from their cars and onto their cycles.

The development of the network is currently at “Stage 4” of a five-stage process outlined below.

Cyclist.ie’s submission can be read in full here. We pick out some of the main points from our submission in the paragraphs below.

Cyclist.ie is pleased to respond to the public consultation process as described here. This followed on from having been invited to provide stakeholder feedback to TII and Aecom prior to and early on in the public consultation process. We also appreciated attending the “Transport Planning Society” organised webinar on the NCN on Thursday 2nd of June at which we also learned more about the related NTA County Cycle Network Development plans and also the five metropolitan cycle network plans (of the GDA, Cork, Limerick/Shannon, Galway and Waterford).

Overall, we warmly welcome the development of a NCN, the aim of which is “to link towns, cities and destinations across Ireland with a safe, connected and inviting cycle network; encouraging more people away from their cars and onto their cycles.” On this point, we wish to highlight here the statement issued by the EPA on 31 May 2022 in which they reiterate the urgent need to rapidly decarbonise our transport and other systems and to urgently implement our climate plans and policies[1].

(1) City/County and National Networks
There is a need to advance both city/town networks and county networks on the one hand, and a National Cycle Network on the other hand. We maintain that the two projects cannot be completely divorced from one another because some trips will include using parts of both networks. The first objective should be to connect the towns and villages with safe/attractive cycle-friendly routes to their own rural hinterlands in all directions to a radius of 5-8km. This will allow for the most important local trips (to schools and shops for example) to be made safe for active travel – and hence for the greatest possible impact to be made on increasing the modal shares for cycling.

(2) Diversity of Cyclists, Cycle Types and Routes / Interventions
We acknowledge that a high quality NCN will include a diversity of road / cycle-facility types and interventions, and that the overarching aim needs to be that it caters for a multiplicity of types of cyclists (commuters, recreational riders, tourists), with different levels of experience, and different cycle types (such as cargo bikes, bikes with trailers, bikes for people with disabilities etc.). Cyclist.ie broadly supports the long established “5 needs of cyclists” approach [2] which emphasises that routes / facilities need to be:

We welcome the intention to use smaller / local roads in the development of the NCN and to make these routes safer by reducing motor traffic speeds and volumes on them. We note the potential for some declassified N roads to become important links in the NCN – and particularly where they link directly/closely to schools. However, we would be concerned if there was a dominant emphasis on using declassified N-roads in the NCN – for several reasons: firstly, these roads tend to be much straighter than non-national roads with the speeds (and hence noise levels) of adjacent motor traffic being higher than on other roads (even with the speed limit having been reduced from 100km/h to 80km/h); and secondly, these roads tend to be less visually attractive than non-national roads (given their straighter alignments, wider cross-sections, and fewer trees alongside them). We would warmly welcome the use of Cycle Super Highways, as used in Northern Europe (image below from Nijmegen / Arnhem in The Netherlands) as part of the NCN. Cyclist.ie is very much against the (non-legally defined concept of) “greyways” – which, essentially, appear to be non-segregated cycle lanes sitting within the hard shoulders of roads, mainly de-designated national roads, with high speeds. 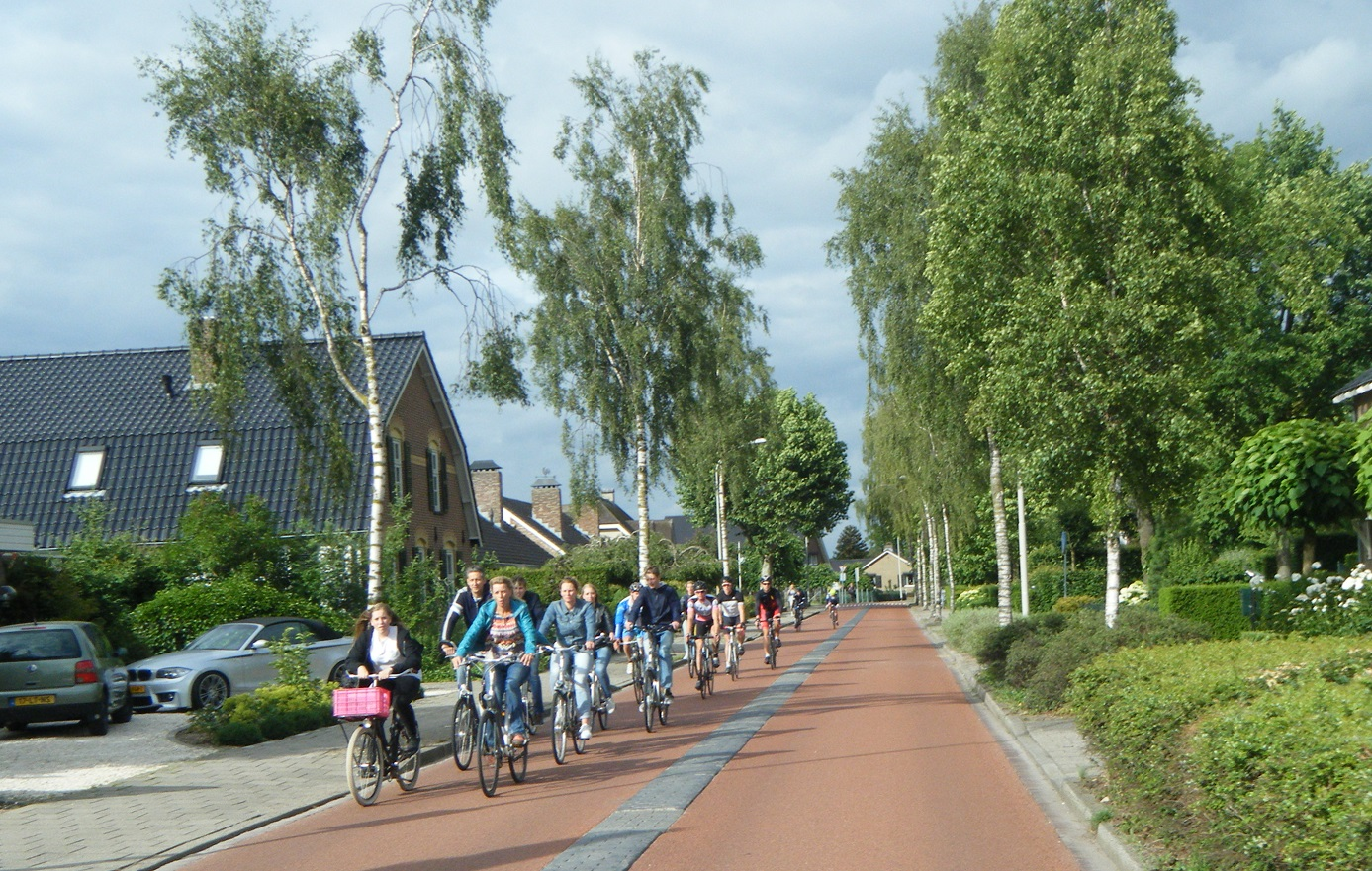 (3) Prioritisation of Interventions
Cyclist.ie recognises that the development of the NCN and the regeneration of a strong cycling culture in Ireland are multi-year projects. Therefore, critical decisions will need to be made around which interventions need to happen first, and which later. There are some counties in Ireland which have lagged behind in the adoption of more progressive sustainable transport policies and in the development of high quality cycle networks. Cyclist.ie would like to see a special emphasis on prioritising the development of the NCN (and the town/city and county networks) in those counties that need to catch up. We support the prioritisation of interventions with a focus on addressing, for example, those places without hard shoulders.

(4) Protecting the Corridors
Cyclist.ie maintains that provision must be made to protect the NCN emerging preferred corridors much as national road corridors would be protected, to ensure that new developments near future routes do not impair or constrain their coherence or quality.

Cyclist.ie’s submission can be read in full here. We wish to thank our team of amazing volunteers for examining the documentation, gathering their thoughts and drafting the submission – all done at high speed!