Introduction
Members of the Cyclist.ie network have started to compile a list of locations on National roads where there are inadequate conditions for people wishing to choose active travel. We highlight, in particular, locations in towns and villages in the vicinity of schools.

This list has been compiled initially to form an appendix to letters from Cyclist.ie to the CEO of Transport Infrastructure Ireland and the Chairperson of the Joint Oireachtas Committee on Transport and Communications Networks (JOCT&CN) in the context of the Review of the National Development Plan, but we aim to update the list below on an ongoing basis.

A copy of the Cyclist.ie letters dated 18 February 2020 to Transport Infrastructure Ireland and to the Joint Oireachtas Committee on Transport and Communications Networks can be found here (TII) and here (JOCTCN).

Clonakilty:
The N71 ring road that circumnavigates the town centre is also the main artery that links residential estates (new and existing) to the town centre and schools. It has no provision for cycling.

Sligo:
The N4 through the centre of Sligo is a multi-lane dual carriageway which is hostile to pedestrians and cyclists and is not conducive to facilitating safe routes to schools.

There is protected cycle infrastructure to Summerhill College but it only begins on the dual carriageway and access from the North and West is unsafe. 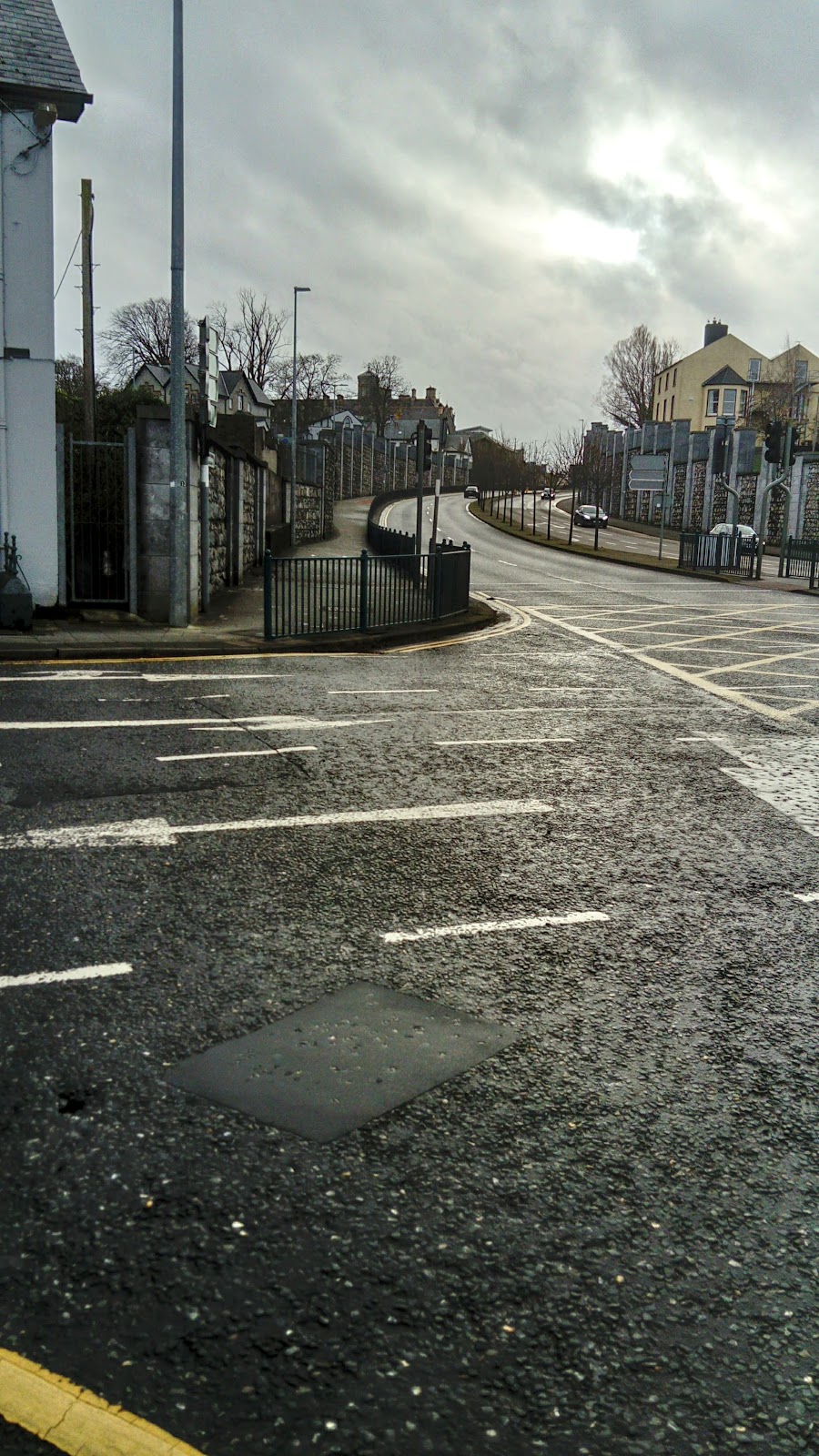 Sligo:
The N4 between Sligo and Grange or Cliffoney is an entirely feasible commute by e-bike but is unsafe because sections have no hard shoulder, and certainly no separate cycling infrastructure

Wexford:
Road markings on the N25 roundabout with the R733 recently had a left turn only applied. This negativity impacts bicycle rider safety for those continuing straight along the N25 towards Rosslare who now need to merge to the outside lane with 100km/hr traffic. This is a very popular cyclist route. A safe alternative needs to be provided.

Navan:
The “Andy Brennan” roundabout on the N51 beside Navan Retail Park has been flagged to local councillors as a problem, due to the lack of pedestrian crossings. The segregated cycle lane on the southbound approach to the roundabout ends prior to the roundabout, leaving cyclists with no protection or guidance. The roundabout is situated in the vicinity of a school, hospital, retail park, and within a 50 km/h built up area.

Wexford:
Repurposed N roads that are earmarked for “Greyways”. Greyways need to be clearly defined and standardised to an agreed acceptable safety standard. The term ‘Greyway’ currently does not exist in the cycling lexicon. See the Cyclist.ie article on these here – https://cyclist.ie/2020/10/greyways-under-microscope/

General:
ALL new N roads MUST have cycling infrastructure. Current example: Wexford – The Rose Fitzgerald Bridge, part of the extended N25, opened this time last year. Not a hint of cycling infrastructure on any of the roads leading to and from the bridge or on the bridge itself. It’s a 100km/hr road with a very thin hard shoulder and this makes the route hostile for bicycle riders.

General:
Hard shoulders on N roads, which are often used by people on bikes**, sometimes pinch in where there are right turns. This creates dangerous situations for bicycle riders. All new N roads should include at least a 2 metre consistent width of hard shoulder in the absence of dedicated cycling infrastructure. Existing ones should be retrofitted.

** Note that, according to the RSA’s Rules of the Road, the hard shoulder is “normally only for pedestrians and cyclists” (page 73).

Carlow:
N80 Ring Road of Carlow Town, unprotected cycle lane beside a 80 kph road alongside HGV traffic (below). This is a main bridge crossing point for Carlow Town.

N80 approaching Carlow Town from Tinryisland. This is a route that brings traffic from the M9 motorway to Carlow Town. As you can see from the Google Map image below, this child cyclist has no segregation to distance him from the large volumes of traffic to his right. The speed limit on this road is 100kph.

N80 – O’Brien Road Carlow
A mixed-use cycle path, that is often used by people with visual impairments with assist animals. This is not safe for pedestrians or cyclists, and dangerous conflicts arise. This road is often used by joggers and walkers and this is a prime example of where these pedestrians deserve priority through raised footpaths and segregation from cyclists to prevent conflicts.

Ballon:
This town has the N80 run through it.

Ample road width as indicated by the islands and filter lanes. However you can see that the conditions for cycling and walking to Ballon National School are unsafe. These children deserve to be able to cycle to school segregated from all traffic, but especially HGV traffic. This spacing continues throughout the town. The space for segregation is there. There are several issues:

There is no cycling provision on the N71 by-pass for Skibbereen. This N71 by-pass is regularly cycled and walked. The Skibbereen Cycle Bus travels along the by-pass and cycles on the footpath for a section. There is a grass verge wide enough for a cycle lane, however for the bridge halfway along the road is narrower and footpaths are narrower. A cycle lane could go on the road here if traffic was slowed.

On the by-pass there is a junction to Mill Road. On Mill Road is the community hospital, estates and the Showgrounds in which Cycle Sense is based. The Showgrounds is also in the spot where the circus and fairground are held, and it hosts the rugby pitch. People use Mill Road as a walking route and cross the N71 (bypass). There is a crossing point with dipped pavements directing the pedestrian over 3 lanes of traffic with no central waiting point. Cyclists also cross here to access the playground and schools beyond via a cul de sac road. There is a need for a crossing at this location.

Connemara – Mayo – Sligo:
N59 from Galway City through Connemara north into Mayo and on to Sligo.  This is a very busy, narrow, curvy road through a beautiful area of the country, connecting a number of scenic towns, villages, beaches, coastline, bogs, loughs, national parks, etc., that has great potential for bicycle commuting and recreational cycling between towns and bicycle tourism.  Safer and more calm bicycle routes will be a benefit to all parties.

Laois:
N80 approaching Carlow Town from Stradbally and Arles. Arles is 7km from Carlow Town, which is certainly within cycling distance. After negotiating a road with no cycling infrastructure, this junction with HGV traffic is what cyclists have to negotiate. This requires segregation.

N80 Ring Road of Carlow Town, but in Graiguecullen.
An incredibly wide road with residential estates off it as you can see in the picture (below). The people in this estate of Heatherhill are unable to cycle safely beside the large amounts of traffic, cars and HGVs on this road. The width of this road permits segregation, but a right filter lane for cars was chosen instead. There’s a roundabout  which permits turnaround in approximately 500m.

This is a single lane roundabout on the N80 with ample space around it. Given this roundabout is already one lane, consideration should be given to providing cycling access to Knockbeg College, a boys secondary school as signposted.

Laois:
N77 approaching Port Laoise. A bi-directional cycle path that due to a lack of maintenance is now a single directional path. The constant rising and falling of the surface here not only is highly unpleasant to ride on, but also comprises safety as segregation is non existent.

No provision for cycling infrastructure in this town, and it is as a result dominated by cars. This town has been bypassed meaning that this town should be given back to its citizens.