The images produced are a powerful reminder of how space-efficient bicycles and buses are in a city centre environment.

The City Council also produced this video as part of the event:

The original image from 1979, which inspired the ones produced this week, was produced by Fietsersbond – The Dutch Cyclists’ Union. You can see that immediately below. Fietsersbond are Cyclist.ie’s counterpart in The Netherlands and a founding member of the European Cyclists’ Federation (back in 1983).

It’s worth noting the the original Dutch image was produced around the time of the energy crises – and we are back into that political space again now.

The Dutch image inspired other images such as this one from Munster in Germany: 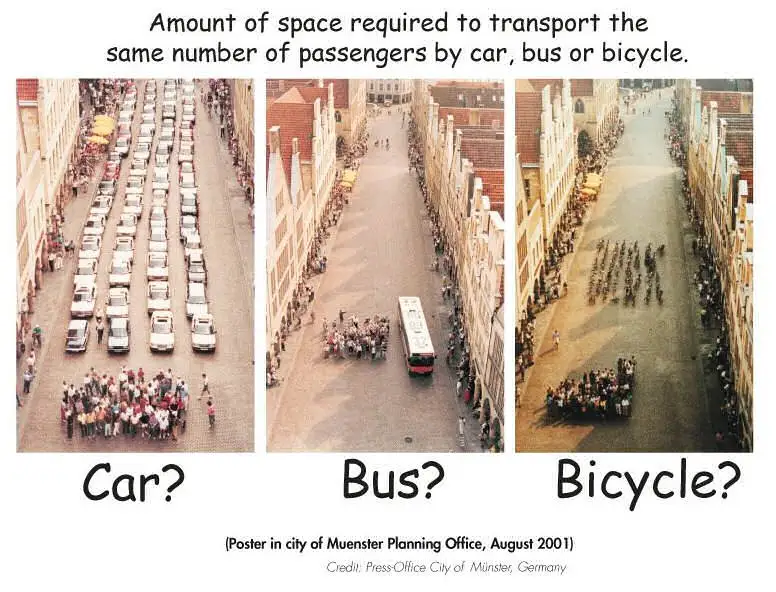 And this one from Camberra in Australia: 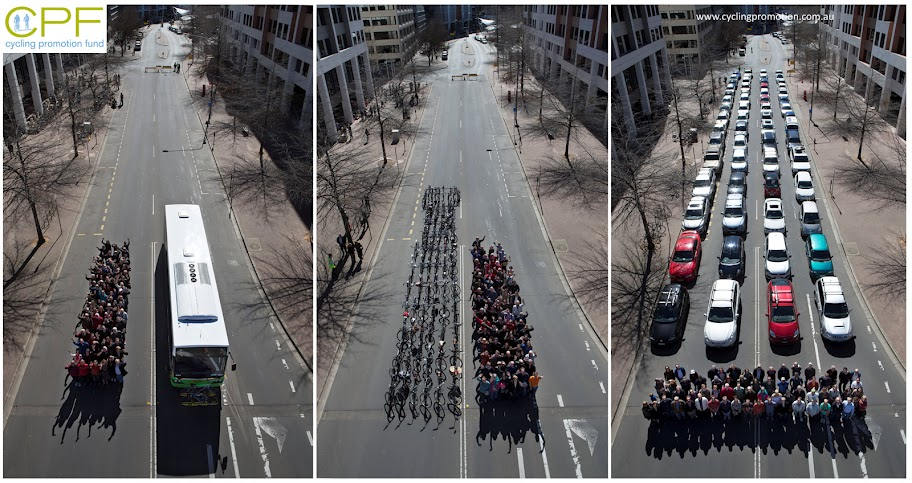 Cyclist.ie would urge other Irish (city based) local authorities to create equivalent images………. and, of course, more liveable city and town centres.